Today was my first VW event of the summer (I use the word summer loosely). It’s the third annual Mighty Dub Fest held at the very beautiful Druridge Bay in Northumberland. Not surprisingly it was very muddy under foot but I was wearing my knee-length Doc Martin’s and was invincible.

The very first stand we approached sold rustic wrought ironwork, but we had to scarper as Skinny Dog#1 ate the roast vegetables on the wrought iron kebab display. A few stalls along and Skinny Dog#2 squatted down in front of the pie and pickle stand causing a lot of “eews” and “urghs” from passers-by. So we high tailed out of the festival grounds to have a look at the vans in the camping area beside the lake. 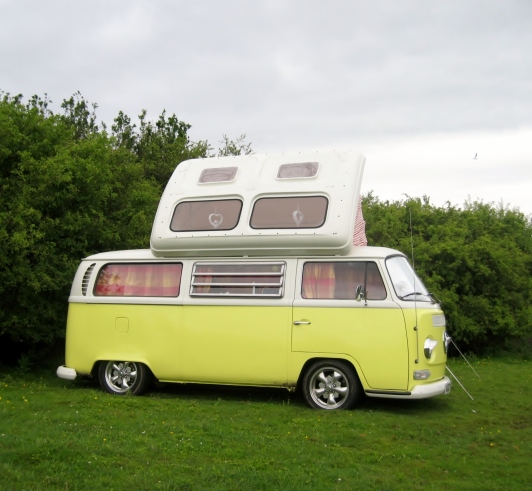 We then felt brave enough to re-enter the festival as the dogs had by now shared a Northumbrian pie, snaffled scraps of food out of black bin liners and pooped for England around the lake. (please note we do collect the poo and dispose of it responsibly).

Probably because of the appalling weather not as many vans had turned up this year. So, the following photos are a mix from today and last years event. See if you can spot the difference. 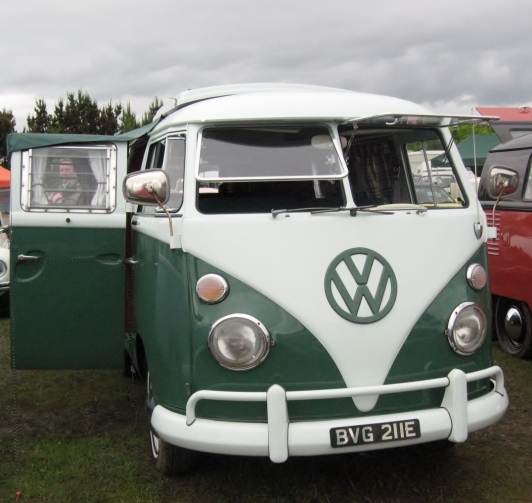 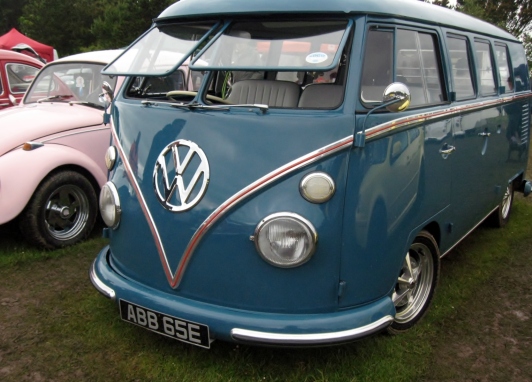 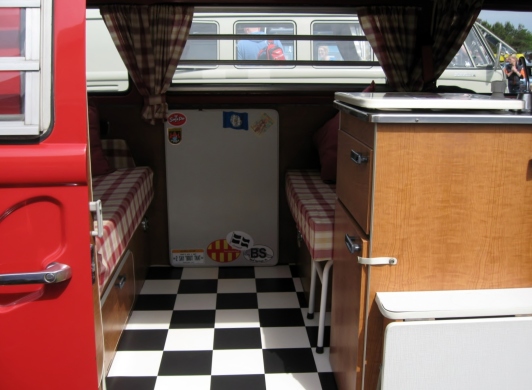 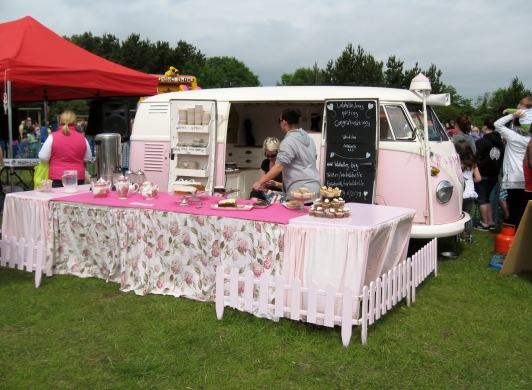 This is Lulabelle, a van full of cakes…..scrummy!

A time for reflection.

I talked about herbs in my van in a previous post……so here are todays fresh bunch; oregano, chives and thyme. Not that we did any cooking today. 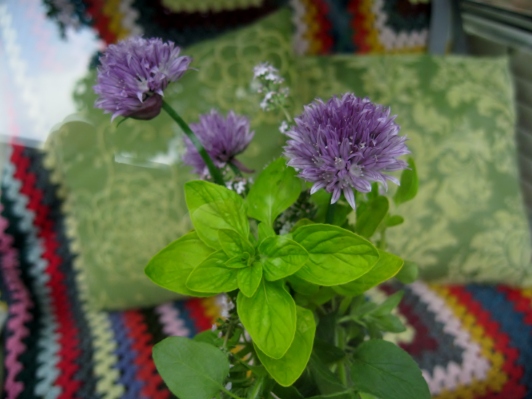 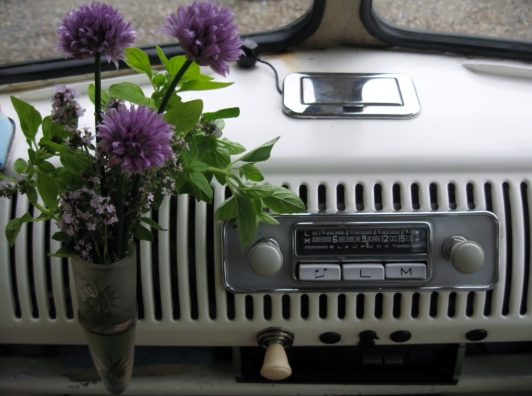 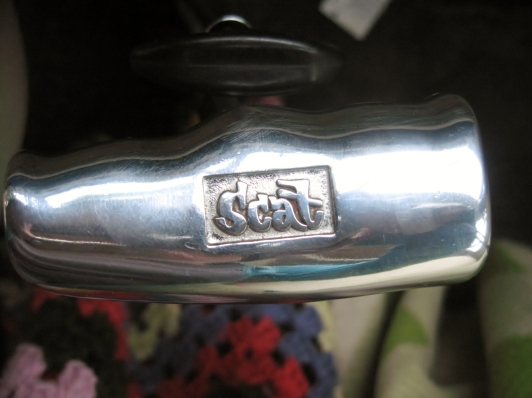 And finally, the test of a British summer festival; mud proof footwear.